This article will help you set up an automation to send Leadfeeder leads to your Pipedrive CRM.

This action relates to three Pipedrive records: organization, deal and an activity.

Get started by choosing Action to be Send to Pipedrive and click Configure.

In the first stage, you define if you want the automation to create a new organization for the given Leadfeeder lead that matches to your custom feed criteria.

If unselected, the automation will only take into account the leads already connected to an organization within your CRM when creating a new deal or an activity.

In the next phase, you'll decide if you want to create a new deal for the organization that Leadfeeder lead is connected to (or just newly created, if you chose to have the toggle on in the previous step). 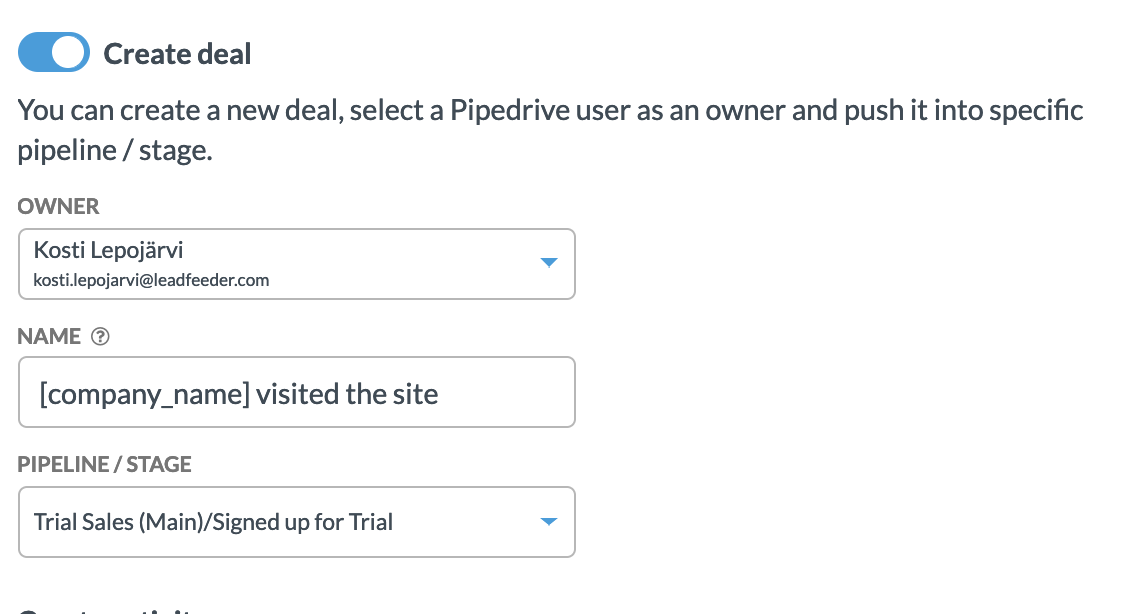 If unselected, we will take only existing deals into account when creating the activity.

In the final phase, you choose whether you want to create activity. Please notice that the choices in this section are dependent on your earlier selection of creating a new organization and a deal or alternatively choosing to only take into account existing organization and deals. 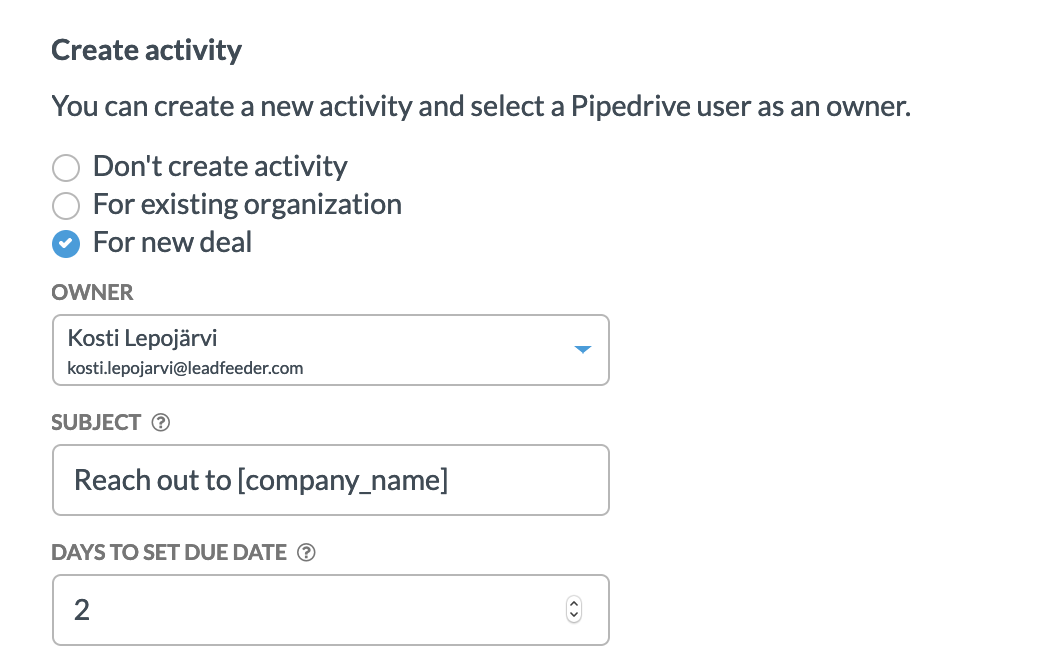 IMPORTANT :When using automation to create organizations each Leadfeeder lead identified in the custom feed will prompt the chosen automation. This means that if one company is shown as a lead several times due to multiple locations the automation will create these as unique organizations. Different locations are seen as unique companies by Leadfeeder.

Duplicates may also be created in the case of having automations set in feeds where a single lead may meet the criteria for several feeds. For example if a custom feed looks for companies in the US and a seperate custom feed looks for companies in the print industry, a company that visits and is in the US and the print industry may appear in BOTH custom feeds. If automations are set up for BOTH of those feeds a duplicate may be created in your crm.